Title: Role of 5-hydroxytryptamine receptor 2A gene in eating disorders

Role of 5-hydroxytryptamine receptor 2A gene in eating disorders 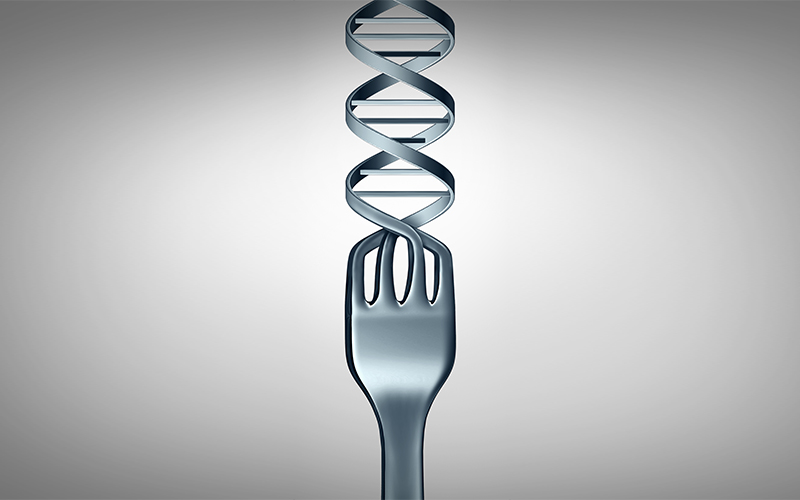 Aneroxia Nervosa (AN) and Blumia Nervosa (BN) are eating disorders with complex structures. These disorders, which have strong evidence of genetic linkage, are often accompanied by anxiety disorder, mood disorder, obsessive compulsive disorder and perfectionism. Recent studies investigate the biological origins of these disorders, rather than the familial inheritance. Eating disorders and anxiety disorders have several characteristics in common. Family and twin studies indicate the important role of 5-Hydroxytryptamine (5-HT2A) Receptor 2A in AN and BN pathogenesis. Future studies in this field will indicate the importance of the serotonergic system and its biological markers in the treatment of these nutritional disorders. Predisposition and farmacogenetic studies with larger sample groups will produce more information about the receptor gene in nutritional disorders with more reliable arguments and will provide important information to physicians in terms of treatment approach.

Anorexia nervosa (AN), Bulimia nervosa (BN), binge eating disorder or other specified feeding or eating disorder (OSFED) are considered to be mental disorders according to The Diagnostic and Statistical Manual of Mental Disorders, Fifth Edition (DSM-5) and International Statistical Classification of Diseases and Related Health Problems-10 (ICD-10). These are known to have familial components for a long time, which is a strong evidence for genetic basis. They usually present themselves with a comorbidity with anxiety or mood disorders, and also with perfectionism and obsessive-compulsive behaviour. Recent studies head towards from familial risk studies to molecular and genetic studies, searching for special roles of the related genes (Yao et al, 2019). Datas obtained from recent molecular genetic studies, which consist of animal models, linkage studies and quantitative genetic researches, are still being evaluated in the terms of predisposition to certain conditions (Maussion et al, 2019). AN and BN are complex disorders. Individuals suffering from these disorders mostly have complain about their own body shapes and body weights. This is beileved to be the most important underlying reason for psychiatric conditions of eating disorders. When compared to anxiety disorders, eating disorders are reported to be more rare. Anxiety disorders are common psychiatric disorders that have been observed in Western populations for more than a hundred years. Obsessive-compulsive disorder (OCD), which is also usually observed in individuals with eating disorders, is considered to be a disorder of anxiety, according to ICD10. The lifetime prevalence of anxiety disorders range from 10% to 25% (Kessler et al., 1994), while their sixmonth prevalence range from 6% to 15% (Myers et al., 1984). AN has been known for more than 300 years in scientific literature since with Morton’s records (Pearce, 2004) and firstly defined in 1874 (Walsh & Devlin, 1998). While AN’s prevalence through life is less than 1%, BN’s is about 2% (Wade et al., 1996). The incidence of Bulimia and anorexia nervosa cases varies considerably by gender. Eating disorders and anxiety disorders have several characteristics in common like increased fear or concern about feeding and weight gain. The most frequently observed symptoms of patients with AN are: maintaining a body weight that’s below normal levels, having an intense fear of feeding or weight gain, or being obese. Usually, BN emerges after a dieting period and main symptoms consist of uncontrollable binge eating, selfinduced vomiting, excessive exercise and low self-esteem related to body shape (Bulik et al., 1997). AN and BN have much in common, about 25 to 30% of patients with BN appear to have a history of AN (Strober et al., 1997).