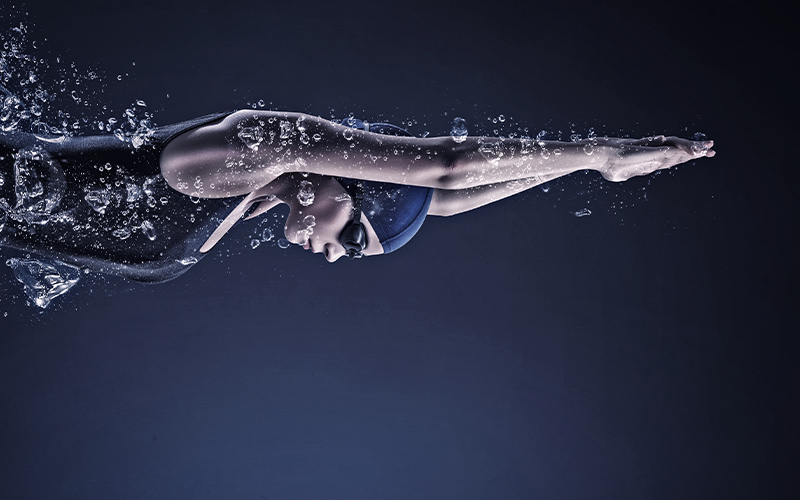 Sports genetics studies are gaining importance day by day and the kind of exercise that athletes are prone to can be determined as a result of these studies. In our study, we aimed to analyze the rs4680 polymorphism of the Catechol-O-Methyltransferase (COMT) gene, which plays an important role in the development of athletic performance, in swimmers and young national ski runners and to compare them with the sedentary individuals. 19 ski runners, 24 swimmers and 45 sedentary individuals were enrolled for the study. Buccal cells were collected with the help of the collector swap and DNA isolations were made by using a commercially available isolation kit. Genotyping was completed by real time polymerase chain reaction (RT-PCR). Comparison of variables between groups was performed by chi-square test. According to the results, in swimmers, AG and GG genotype distributions were found as 13 (%54,17) ve 11 (%45,83), respectively, whereas same genotypes were found as  15 (% 78.95)  and 4 (%21.05), in skie runners. We detected no AA genotype in athletes. For sedentary individuals, the respective numbers of AA, AG, and GG genotypes were 4 (%8,89), 24 (%53,33) and 17 (%37,78). No statistically significant difference was determined in the terms of genotypes. When we consider the allelic distributions, in swimmers, A allele  was counted as 13 (%27.08) and G allele as 35 (67,44), whereas the same numbers for ski runners were 15 (%39.47) and 23 (%60.53) for A and G alleles, respevtively. For the sedentary group, A allele was counted as 32 (%35.56) and G allele as 58 (%64,44). For the alleles, we detected no significant difference between athletes and sedentary group. COMT rs4680 polymorphism plays an active role in the metabolism of dopamine and is an important genetic marker in determining athletic performance. To support our findings, more studies including the related polymorphisms are needed.