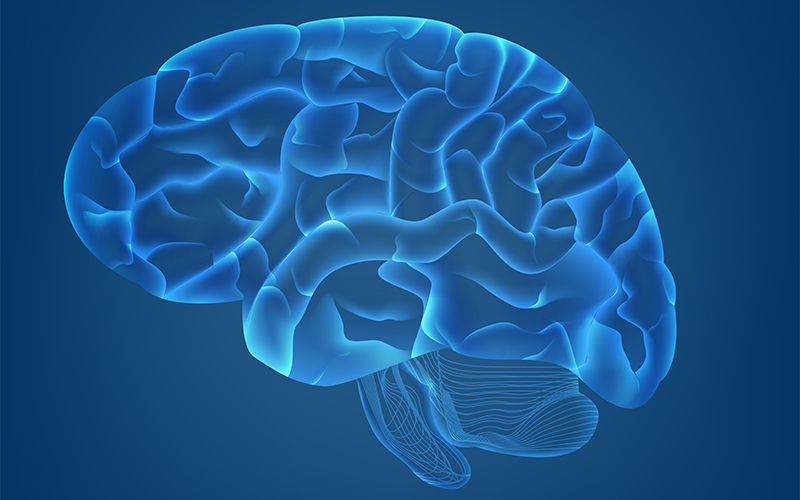 As one of the most prevalent neurological disorders, the majority of epilepsy cases still remain untreated despite the common use of antiepileptic drug treatment strategies. In patients with intractable mesial temporal lobe epilepsy (MTLE), anterior temporal lobe resection (anterior temporal lobectomy: ATL) is being used to eliminate the seizures as an alternative method to medical treatments (Richardson et al., 2004). Namely, ATL involves removal of the large part of anterior medial temporal lobe, as well as some parts of the hippocampal and parahippocampal regions. Despite the 60-80 % of success rate, on the other hand, ATL mostly brings about a decline in memory performance due to the well-known involvement of temporal regions in memory localization, especially in memory encoding (Primrose and Ojemann, 1992). In 1982, a more selective surgical method started to take the place of ATL in which only the subcortical mesial structures (amygdala, hippocampus and parahippocampus) are preferred for removal (Wieser and Yasargil, 1982). This new resection method called selective amygdalohippocampectomy (SAH) is thought to end up with relatively better postoperative cognitive functions, because, in contrast to the anterior temporal lobectomy the surrounding structures (temporal lobe) are mostly preserved. Most of the studies have found that SAH is as effective as ATL in eliminating epileptic seizures and can be preferred to temporal lobe resection (Wendling et al., 2013).

According to the previous literature, most of the righthanded patients who underwent the left-sided temporal lobe resection, experience a significant verbal memory decline (Richardson et al., 2004). There is strong evidence that preoperative memory performance positively correlates with post operative memory decline. In other words, patients who performed better in their memory performance before the surgery experience more serious memory decline after the operation (Helmstaedter and Elger, 1996; Jokeit et al., 1997). The severity of hippocampal sclerosis, on the other hand, inversely correlates with post operative memory decline meaning that patients who have more severe sclerosis in resected hippocampus tend to have less memory decline as compared to patients with a milder hippocampal sclerosis in resected side (Sass et al., 1994). Most of the authors agree on the fact that the latter result provides evidence for the functional reorganization of the brain in patients having severe and early onset MTLE (Powell et al., 2007). Therefore, preoperative determination of memory lateralisation is crucial to assess the unilateral hemispheric support of memory functioning and in turn, to minimize the possible postoperative memory decline. The traditional method to determine the language and memory lateralisation is known as the WADA (intracarotid amobarbital test: IAT) in which a rapidly acting barbiturate, sodium amytal, is injected into the one of the internal carotid arteries (left or right) and, in turn, results in a short dysfunction of the ipsilateral hemisphere (Wada and Rasmussen, 1960). Although IAT was firstly developed to localize language; evidence suggests that it may be used to assess the dominant hemisphere for memory as well.

This pre-operative procedure provides information about the dominant hemisphere for memory encoding and predicts the possible language and memory decline after the surgery (Loring et al., 1995). However, there are many possible medical complications about IAT application. Studies report that the risk factors include serious complications like stroke, infarction, carotid artery dissections and allergic reactions to sodium amytal (Loring et al., 1992). Especially regarding that children and older patients are at high risk to experience such complications, the WADA method might be even more threatining. Given that it is an invasive method with such risk factors, recent research suggests that IAT can be replaced by functional MRI in preoperative assesment of memory lateralisation as a non-invasive, repeatable and more convenient method (Binder, 2011). By means of detecting increased BOLD signals during certain cognitive processes, fmri has the additional advantage of providing information about the intrahemispheric localization of memory in addition to determining the dominant hemisphere. Recent studies indicate the involvement of the extratemporal regions in memory functioning such as frontal lobe, amygdala and thalamus. Given the widespread neural network of memory functioning and the individual variations in the human brain, fmri might be a more promising tool to determine the exact localisation of memory processes for each patient. A variety of preoperative paradigms ara available that can selectively localise both verbal and nonverbal memory encoding in the brain. Most of the verbal memory paradigms involve a verbal encoding and a delayed recognition task in which patients are instructed to remember a word list which is visually presented during fmri scanning. For recognition, patients are asked to indicate, by a manual finger response using the dominant hand, whether the word was present in the previous word list or not. Some of the encoding tasks, on the other hand, do not explicitly ask patients to remember the list but still present the recognition task afterwards. Nonverbal memory paradigms mostly involve a visual memory task, in which patients are presented with a list of object pictures or visual scenes in a blocked design.

Similarly, a recognition task is administered following the encoding task and patients are asked to indicate whether the visual stimuli is old or new (Binder, 2011, Richardson et al., 2004, Golby et al. 2002, Sperling et al., 2001). In the past decades, there is an increase in studies assessing memory performance and predicting the lateralisation of memory using fmri. With a few exceptions, most of the fmri paradigms seem to be in concordance with IAT results and be able to predict the memory dominant hemisphere before ATL (Binder, 2011). One of the earliest fmri studies in temporal lobe epilepsy conducted by Detre et al. (1998), for instance, included complex sceneencoding task and demonstrated concordant results with IAT. The study provided evidence for the asymmetric activation of temporal lobe in epilepsy patients while a bilateral posterior temporal activation was observed in the control group. Similarly, Bellgowan et al. (1998) were able to demonstrate decreased left temporal lobe activation in patients with left MTLE during a semantic encoding task, while left temporal lobe activation was predominant in patients with right MTLE. Findings of these studies support the adaptive functional reorganisation of the brain and reveal that medial temporal lobe structures have high rates of plasticity. Accordingly, age at onset of epilepsy, epilepsy duration and seizure frequency have been shown to be effective in the reorganisation of memory structures in the brain (Golby et al., 2002). However, such a reorganisation does not neccessarily take place in all epilepsy patients and therefore, it becomes essential to predict the post operative memory decline in advance. Literature suggests that the preoperative fmri findings have the ability to predict the postoperative memory decline, as it was mentioned before. Findings of the studies provide strong evidence that preoperative memory encoding asymmetry is a good predictor for post operative memory decline (Richardson et al., 2004) .

A common widely used method to document memory asymmetry is lateralisation index (LI). This index is calculated as followes: activated voxels above a certain threshold are basicly counted for each hemisphere and a number is calculated simply by dividing the subtraction and addition of the counted voxels of hemispheres ((L-R). (L+R)). As a result of the calculation, an index number is created between -1 and +1, indicating left hemisphere activation as the number approaches to 1 and right hemisphere activation as the number approaches to -1 (Binder, 2011).