Title: Exposure with Virtual Reality use in Acrophobia Treatment

Exposure with virtual reality use in acrophobia treatment 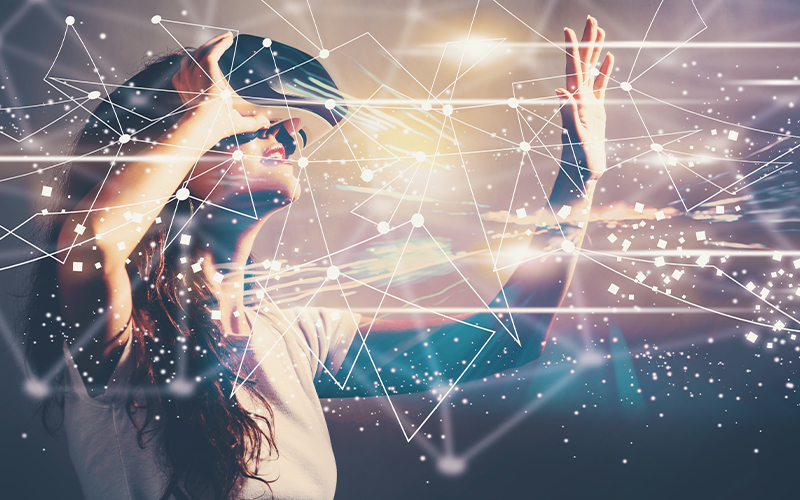 Acrophobia, is a psychological problem that is in the category of specific phobias, which leads to the deterioration of the functioning of the individual in business and social life. Exposure, which is one of the most basic techniques of Cognitive Behavioral Therapy, is the most useful technique use in the treatment of acrophobia.

This technique suggests that exposure to the feared subject and / or object of the person become more likely to control the anxiety as a result of the familiarization and extinction of the anxiety. This technique can be applied in three ways: In vitro, in vivo and virtual reality. The aim of this article is to provide information on the exposure with the virtual reality and to compile the researches on its effectiveness in acrophobia treatment.

Psychiatric disorders like post - traumatic stress disorder; obsessive-compulsive disorder and anxiety disorders lead to deterioration in most people’s work and social life. Cognitive Behavioral Therapy (CBT) which used cognitive and behavioral techniques in the treatment is the most common and accepted treatment for these disorders (Hofmann and Smits, 2008). Exposure is one of the behavioral techniques of CBT. According to the exposure treatment, the most important step of managing anxiety is the confrontation with the feared object, event or object. However, it is normal for the person to want to avoid the object and / or situation that he / she is afraid of and avoidance prevents the person from discovering that the frightening object and / or situation is not as dangerous as it is actually thought. Exposure includes confrontation with the situation or object in which the patient is scared and avoided despite the difficulty experienced by the patient. Sufficient exposure to the feared situation or object is thought to reduce anxiety about the situation as a result of learning. The exposure process is continued until the person’s anxiety is reduced.

The aim of this article is to provide information on the exposure with the virtual reality and to compile the researches on its effectiveness in acrophobia treatment. Exposure treatment are often applied in a systematic and guided. First, a list of fear and avoidance hierarchy, in which the patient is feared and avoided, or in which the objects are graded according to their anxiety level, confronts the patient and the feared and avoided situation and / or object on this list until familiarization and extinction occur. Modern exposure therapy has been developed from systematic desensitization. In systematic desensitization, the patient applies relaxation techniques while facing a scary object and / or condition. However, recent research revealed that relaxation is not necessary to be part of the treatment. Modern exposure is usually carried out weekly, with one-hour sessions. There is a need for an average of 12-16 weeks of treatment in anxiety disorders, but fewer sessions are sufficient to achieve a favorable outcome in specific phobias. The first step of treatment is to determine the factors that trigger and sustain a person’s anxiety and what behaviors to reduce the anxiety of the individual. Once the necessary information has been collected, the person is given a formulation, psychoeducation on the nature of anxiety, and information about the exposure treatment. At the next step of the treatment, a hierarchical list is created with the person about the object and / or condition that he / she is afraid of. The list of fear hierarchy is a road map for the person and the therapist during treatment (Blakey et al., 2015). Exposure can be applied in three ways as imagery, in vivo and in virtual form. Usually, imagery is used for situations that cannot be revived within the session room (Rodebaugh et al., 2004).

In the method of imaging, the therapist wants the person to disregard the object and / or condition that he / she is afraid of. This technique is criticized for not giving the therapist control. The therapist is unable to determine the degree to which the patient is exposed because he cannot see how the patient fears in his mind and / or how he / she is animating the object. Another exposure method is in vivo exposure. In the in vivo exposure method, the person is exposed to the object and / or condition that he fears in the real life. This technique, which is frequently preferred in treatment and has been proven by many studies, has been criticized for not allowing the therapist to control the variables outside the session room, in terms of violating patient - therapist limits and patient confidentiality (Olantunji et al., 2009). Considering all these criticisms, virtual reality exposure technique has been developed with the effect of developing technology as an alternative to these techniques. Virtual reality defined as in a computer-generated three-dimensional simulation of a real-world situation the user senses this simulation environment with special devices on it, and is able to control this artificial world effectively through these devices, in other words, a system where reality is rebuilt (Kayabaşı, 2005). In exposure with virtual reality, the person is exposed to feared objects / situations in the virtual environment. In contrast to other techniques, this technique provides the therapist control and not violate patient-therapist limits and patient confidentiality as it is applied within the session room (Carlin et al., 1997; Emmelkamp et al., 2001).