Title: Design of high-order antibiotic combinations against M. tuberculosis by ranking and exclusion

Design of high-order antibiotic combinations against M. tuberculosis by ranking and exclusion 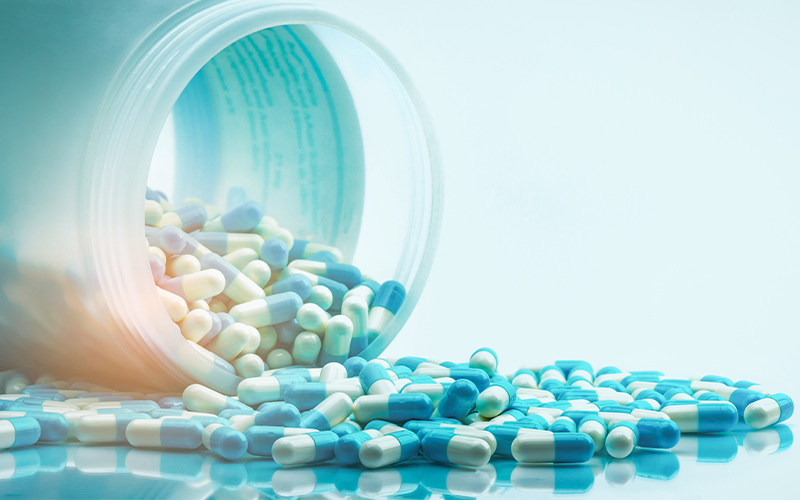 Combinations of more than two drugs are routinely used for the treatment of pathogens and tumors. High-order combinations may be chosen due to their non-overlapping resistance mechanisms or for favorable drug interactions. Synergistic/antagonistic interactions occur when the combination has a higher/lower effect than the sum of individual drug effects. The standard treatment of Mycobacterium tuberculosis (Mtb) is an additive cocktail of three drugs which have different targets. Herein, we experimentally measured all 190 pairwise interactions among 20 antibiotics against Mtb growth. We used the pairwise interaction data to rank all possible high-order combinations by strength of synergy/antagonism. We used drug interaction profile correlation as a proxy for drug similarity to establish exclusion criteria for ideal combination therapies. Using this ranking and exclusion design (R/ED) framework, we modeled ways to improve the standard 3-drug combination with the addition of new drugs. We applied this framework to find the best 4-drug combinations against drug-resistant Mtb by adding new exclusion criteria to R/ED. Finally, we modeled alternating 2-order combinations as a cycling treatment and found optimized regimens significantly reduced the overall effective dose. R/ED provides an adaptable framework for the design of high-order drug combinations against any pathogen or tumor.

Combinations of three or more drugs are frequently used in the treatment of pathogens and tumors. Such high-order combinations are generally constructed by combining drugs that are effective and with non-overlapping resistance mechanisms1. For example, a combination of ethambutol, isoniazid and rifampicin (EIR), drugs with distinct mechanisms of action, is the standard treatment against M. tuberculosis(Mtb)2. Similarly, the standard treatment against Diffuse Large B-Cell Lymphoma is a combination of five drugs (R-CHOP) with different targets3. A treatment with many distinct drugs impose multiple bottlenecks for resistance evolution in heterogeneous cell populations4,5. This 50-year-old hypothesis has been the main design element for high-order drug combinations and has been recently supported by empirical evidence1.

Combinations of drugs may interact, that is, the combination’s effect may be significantly different than the sum of individual effects6. If the combination’s effect is more, equal or less than the sum of individual effects, the combination has synergistic, additive or antagonistic interaction, respectively7,8. Synergistic combinations allow for dose-reduction thereby alleviating high-toxicity, or dose-escalation for restricting resistance evolution9,10. Despite the high potential of high-order synergistic combinations for treatment improvement, a very large portion of studies focus on combinations of only two drugs. The number of possible ways to combine a set of n drugs is 2n, there are only (n choose 2) combinations with two drugs. For example, there are 1,048,576 mathematically possible combinations among 20 drugs while there are only 190 possible pairwise combinations. A number of comprehensive pairwise drug interaction screens included all pairwise interactions around 20 drugs11,12,13,14. These screens showed that synergy is rare, while antagonism was the most common interaction type. Cheminformatics and bioinformatics analyses of drug interactions and cellular functions have produced a compendium of methods to predict if a drug pair will be synergistic15,16,17,18,19,20.