Title: A proposal for a new classification in psychopathology

A Proposal for a New Classification in Psychopathology: Segmental-Partial-Limited Psychosis 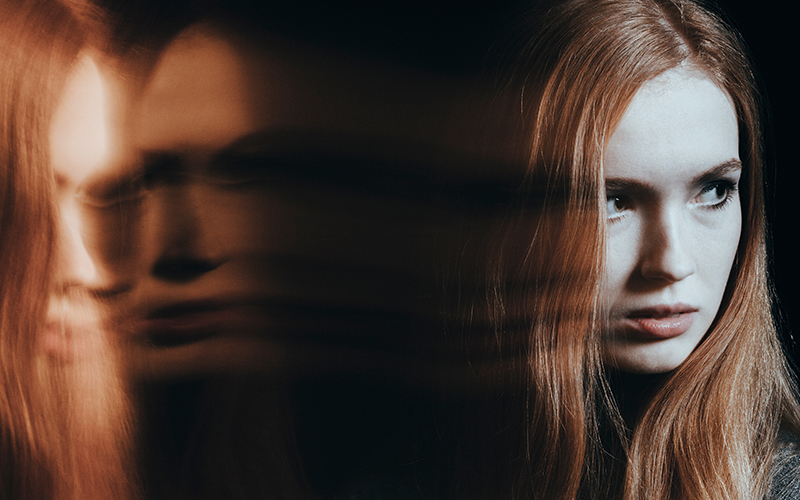 Abstract In the earlier classification of diseases, we had the firm decision that psychopathology can be divided into two main groups: Neurosis and Psychosis. But we are quite convinced that there are blur areas in between that can perfectly be defined as “partialsegmental psychosis”.

The classical psychopathology, divides the psychiatric problems in two broad parts: In Psychosis and nonpsychosis. The main concern is, whether the person has the sense of reality or not. However, it looks that especially the non-psychotic cases, are not always as clear as we believe. And, this is why in the DSM or other equivalent systems, like in ICD and similar, the classifications are continuously revised and, the consensus about the diagnostic criteria are updated. For instance, the narcissist behaviors, obsessions, compulsions, phobias, panic reactions, egocentrism, paranoid thoughts, egoistic attitudes and many others, can coexist with each other’s or, manifest themselves quasi singularly as well, or, even they dominantly stay at the center, can be constellated by other secondary, tertiary traits. On the other hand, we can list all those symptoms or behaviors and many others, under some of the personality disorders, or, neurosis in general too. In fact, “most individuals diagnosed with one personality disorder, meet criteria for at least one other personality disorder” (Bateman, A. W. 2015). Moreover, in most of the cases, probably their diagnosis depends on the clinical training of the specialist or, on the current scientific paradigm. Some of the subjects are well aware of their situation. By a cooperation with the clinician, they gain benefit from the treatment. It is clear we have to consider these ones as “non-psychotic” subjects. Some other patients instead, despite their will, are “treatment resistant” and do not improve at all. Nevertheless, they, at least recognize that their stigmas are some form of psychological problems from which they should get rid of.

These subjects also, are not psychotics. However, it seems that, it is not always easy to diagnose as “non-psychotics”, every “treatment resistant” subject. At least, the reason of resistance is not clearly identifiable. In fact, there are groups that do not ameliorate their condition; in a research it was found that “those with concomitant obsessive-compulsive disorder and schizotypal personality disorder had an extremely high rate of treatment failure” (Jenike, M. A. at al. 1986). In a retrospective study of papers, studying predictive factors of behavior therapy outcomes, even the most predictive variables were not associated with the outcomes (Steketee, G. & Shapiro, L. J. 1995). Yet another research concluded that, among child abusers who had antisocial personality disorder, % 40 of the patients didn’t complete their psychotherapy and, this non-completion, could be predicted by their psychological and demographic variables (Larochelle, S. at al. 2010). It is reported that despite efforts, between the % 40 - % 60 of obsessivecompulsive patients are treatment resistant (Goodman, W.K. at al. 2017). In another report, it is underlined that “the evidence base for the effective treatment of personality disorders is insufficient” (Bateman, A.W. at al. 2015). Weck said that treatment failure in cognitivebehavioral therapy is a common phenomenon but we have little knowledge about the reasons (Weck, F. at al. 2015). In a pharmacological study, researchers concluded that; “Until now, little information exists about pharmacological strategies to follow in the treatment of panic disorder (PD) patients with unsatisfactory response to first line medications” (Cirillo, P. & Freire, R. C. R. (2016). According Payne, L. A. at al., Cognitive Behavioral Therapy combined with pharmacotherapy is useful for the treatment of panic disordered patients with combined or not combined agoraphobia. Nevertheless, we do not know why, the non-responding patients do not respond to the therapies (Payne, L. A. at al. 2016). The same is valid even if we approach biologically to the treatment of resistant obsessives (Goodman, W. K. at al. 2017). Therefore, by recapitulating them all, we can conclude that, there is an “obfuscated” segment, in at least some of the research results.

Moreover, perhaps it depends on the fact that, the patients are probably psychotics”. On the other hand, “there are those who are out of our sight and reach, and, are not at all in contact with professionals (In fact the researches are made on, patients coming to look for a cure, to day care centers, correction houses, reformatories and similar.). It is highly probable that most of them do not gain awareness about their problem. Moreover, not only, but even if some of them “suspect” about some eventual problem, frankly, are “decisively convinced that, that problem doesn’t belong to them”. For according them, that problem is obviously existing “because of the others” and not “because of themselves” (Tyrer, P. at al. 2015). In these “unreachable clinical cases”, what should we have to think? Do we have to simply evaluate them as “non- psychotics”, just because “they are able to cope with the rest of their life?” Probably not. In this present manuscript, we will try to propose a “new psychopathological classification” about the abovementioned subjects in the last two paragraphs.